Triple Moon Alchemy is an herbal apothecary dedicated to being a resource for folks who wish to support their body’s natural healing and nurturing abilities through the use of herbs and herbal preparations. Thank you for visiting! You have landed at the Blog. To visit the herb shop click the link below.

We live in a time when we have access to so much information. If you want a recipe, look it up. If you want to know how to make your car run better, YouTube it. The internet can be an extremely helpful tool when searching for information. One of the downsides is that most people do not check or validate the sources of the information that they have landed on. That is true for anything that you might look up. If the recipe actually turns out to be nasty no big deal, you could try another one. Sadly, many people take the same approach with learning and studying spirituality.

The fact that you are reading this post on the internet proves that as humans we are seekers and we crave knowledge. We have the power to choose our paths so we find information to validate those choices. If you’re a long time subscriber to this blog or to TMA YouTube channel then you have developed a certain trust for me and the information that I share. Thank you for that. Please know that I am always studying. I didn’t wake up one day and say I think I want to start a blog and a YouTube channel to APPEAR like I know what I am talking about. I didn’t see a group a people from afar and say to myself, ‘ I want to be like them so let me act like them’. No. I am a student of the various spiritual practices that I share about. I have sat and studied under leaders and elders. I have been guided to certain texts and certain people to nurture my spirit gifts. I do not write about nor speak about things that I do not understand. Spirit work is not a toy for amusement. It is a blueprint for mastering your environment. There are far too many folks out here talking the talk, but not walking the walk. Many people do not even have a spiritual PRACTICE, they have a spiritual illusion of themselves. The illusion tricks them into believing they are spiritual people when in fact they are copycats. Masqueraders. Frequency hijackers. 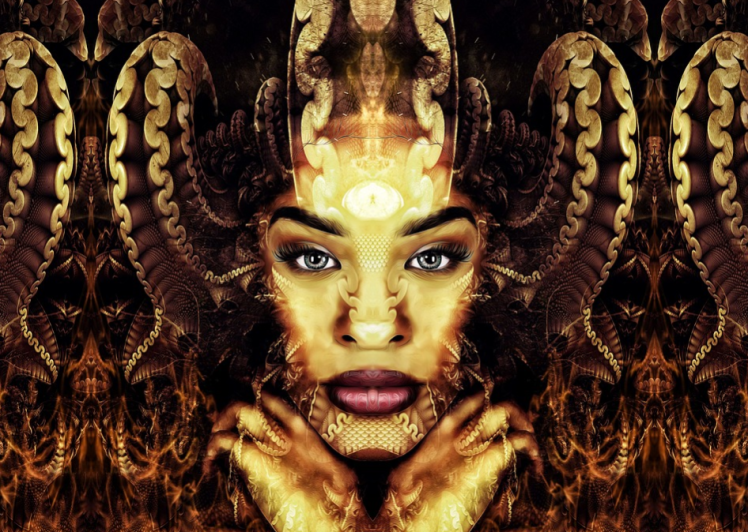 This website is named Triple Moon Alchemy. I have written extensively about the Triple Goddess in various forms. Maiden-Mother-Crone. Oshun-Yemoja-Oya. Yellow-Red-Black. And so on. Goddess doesn’t always show up in everyone’s life as the triple. Some may have a deep connection to one particular Goddess. That Goddess may be from a cultural background dissimilar to the one that you are from. For instance. An African American person may be drawn to Freya, the Norse Goddess of Love. A non black person could be drawn to Yemaya, the African Goddess matriarch of oceans. For me, exemplifying Goddess Spirituality is my purpose on this Earth at this time. I will not go into the details about my initiation and tutelage as a practitioner of Goddess spirituality. There are several posts here that tell the story.

In a nutshell Goddess Spirituality is about Creation Manifestation. It is about recognizing the infinite sea of possibility, tapping into the divine feminine source and recognizing that you reside in the womb of goddess energy. Goddess energy is often referred to as the Divine Feminine. Those two words are thrown around so loosely these days. Just because someone uses the words doesn’t mean they know anything about true divinity. Just because someone pulls a card that resonates with you one day, and uses terms that pique your interest and is dressed a certain way, wear their hair a certain way etc., still doesn’t mean they are well studied and trained. By trained I don’t only mean books. I mean have they sat under a spiritual teacher. Their mother, grandmother, uncle, aunt, family friend. Did they learn by observation or by book only? Worse yet, by the internet?!  Book knowledge is so very important. Don’t skip it if you really want to deep dive and learn as much about a topic as possible. It can not be the only source though. If your spirit is seeking the truth you will be lead to it. If someone who claims to be a divine teacher of goddess spirituality resonates with your spirit, rock on. Seek wisdom and knowledge for yourself, then have it validated by others is all I mean. Goddess, in whichever form you are drawn to, will lead you. Allow her to. 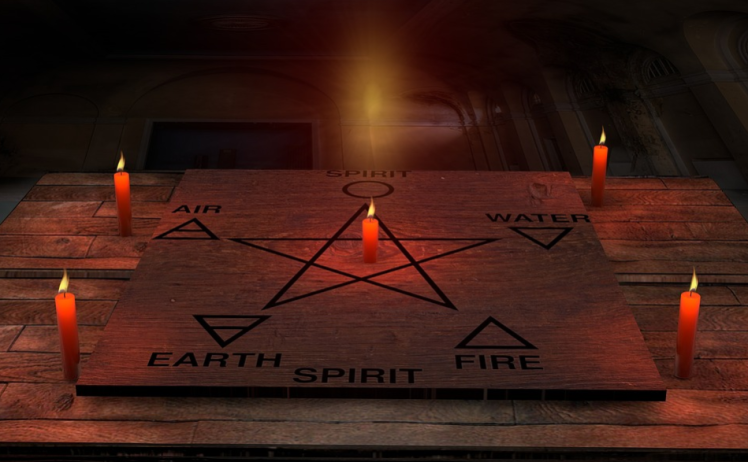 On this website I have written extensively about the craft. There are many spells and incantations that can be found here on Triple Moon Alchemy. Witchcraft is a word that scares many people. For good reason. The powers that be have spent generations making sure that you would be terrified of anything having to do with the craft. Historically that word has been associated with negative and maleficent energy work. Over time like anything else the word shape shifted into different cultures and practices. It is even in pop culture. When someone does something exceptionally well, the internet jokingly calls it witchcraft.

The thing is, the word can be anything that you want or need it to be. If you identify as such and practice what others would call ‘dark’ magic then so be it. For me, the word identifies me as a woman of wisdom. If you want to know the kind of magick that I participate in, read through this website. I don’t dabble in energies that I don’t know about or don’t understand. I manipulate and manifest from the energies that I am well acquainted with. Only. I don’t call one form of the craft negative and the other positive. Light and dark. That is for small minded folks. All energy comes from the same source. The intentions of the sender are what matter. That’s what makes it real. Be clear, don’t let mainstream media and religion fool you into thinking that doing a ‘dark’ magick spell is negative. If someone has threatened to harm you in anyway, better yet, has already caused you harm, what would you do to defend yourself against them? Most likely you would use everything in your knowledge base to protect yourself and your family. If you are a wise person of the craft you will use that wisdom too. Witchcraft is a tool like any other. If you master the elements and the energies in your universe you too are indeed magic. Fear is evidence of a lack of knowledge. Educate yourself on the origins, practices, and evidence of magic(k). These posts are a good place to start.

There is an entire series on Indigenous African Spirituality here on this website. I encourage you to read each part to familiarize yourself with the etymology of the spiritual practices of certain parts of Africa over time. The facts and facets of this topic run so deep that I will not even attempt to expound on it here in this post. I have done that already. I just wanted to mention it for personal reasons.

To me, being of African descent, I find that the ancestral spirits of my original elders resonates with me. That is not to say that I do not connect with the spiritual practices or deities of other cultures, it just means that indigenous African spirituality is my default practice. I find my triple goddess is rooted in the energies of oshun, yemoja, and oya. I resonate with the energies of Aphrodite, Shakti, the Crone, Isis, Nephtys, and other Goddesses throughout history also. However, my connection to indigenous practices grounds me and gives me a solid base to flow from. While I am a Goddess of the Sun who is adept in the ways of the craft, I am a daughter of Africa. Particularly the Afrikans that were made to endure the Middle Passage. In fact, the practice of Hoodoo was a direct response to the tyranny, devastation, and genocide that Afrikan people suffered in the early 17th century. Another blog post idea!

My magical spiritual practice is intertwined. I manifest the life that I desire. Period. It all works in concert for me. What are your practices? What do you believe? Which deities do you venerate? Tell me.

I want to say thank you to all of you who are subscribers to this blog and also to the YouTube channel. We hit 1K subscribers the other day on YouTube and I am so excited about what that means for the channel. In the larger YouTube community one thousand subscribers is nothing. To me, it is huge! I will be doing a live GRWM on Youtube very soon as I prepare for the full moon in Aries next week in celebration of the 1K. If you are not subscribed to the Triple Moon Alchemy YouTube you should! I took down several videos and left the two that get the most views. I am working on more content ideas so the channel should be popping real soon.

Tell me, what are your practices and how do they intertwine and work for your life?

One thought on “Goddess Spirituality-Witchcraft-African Spirituality, how similar and how different they are?”

This site uses Akismet to reduce spam. Learn how your comment data is processed.